SECURE IT, TRACE IT, PROTECT IT
FREE DELIVERY ON ORDERS OVER £100

19 July 2021
Plastic security seals have been proven to be the most affordable and efficient applications for retail security. Security seals can be used for a multitude of applications that can enable retailers to protect their stock from theft, reduce counterfeit or illegitimate returns and record and provide an audit trail for goods in transit.

Retail security is one of the most serious problems facing superstores and retail chains today. According to a 2020 national study from BRC, research indicated that the retail industry is spending record amounts of crime prevention to the value of £1.2 billion with a further £1.0 billion in losses that are attributed to crime. This brings the total cost of £2.2 billion to retailers who are both attempting to prevent and falling victim to theft, fraud and the like.

Internal theft, shoplifting, fraud and organized retail crime can have a crippling effect on a retailers’ profit margins and the overall quality of the work environment for employees and the shopping experience for customers. However, one area that is not often considered fully is illegitimate or unscrupulous returns from consumers.

In a 2021 supply chain report from RWRC, the coronavirus pandemic was examined and its exacerbating effects on consumer return rates. For a retailer, the process of returning an item can cost up to twice as much as it does to deliver it, KPMG reports, drastically affecting the bottom line as the returns rate increases. Research from buy now, pay later payments provider Openpay estimated items bought online and returned in the UK were worth £5.2bn annually in a study published in May. It is now crucial that retailers act to tackle the increasing volume of returns and keep the spiralling cost of processing them down.

One-fifth of shoppers have admitted to buying items with the intention of wearing and returning them, a new survey from source-to-shopper solution company Checkpoint Systems indicates. This rises to 43% of 16-to-24-year-olds and 39% of 25-to-34-year-olds. This behaviour has been coined as ‘wardrobing’ and is a growing phenomenon in which shoppers buy clothes, shoes and other items with the intention of using or wearing them before returning them to the retailer. Clothing is the most “wardrobed” item, followed by electronics and then shoes. The survey of 1,542 shoppers found that customers purchase four items per year that they plan to use and return, and each item costs on average £40.95.

If we were to breakdown these statistics being reported in credible studies from reputable sources, it would indicate that if a fifth of retail shoppers are returning items after using them, this would account for over £1 billion in costs to online retailers from ‘wardrobing’ consumers. Major online retailers such as ASOS have implemented considerable measures to address the ‘wardrobing’ crisis, including blacklisting customers and deactivating accounts to prevent future purchases. Whilst it is always better to discourage or prevent than to punish, the extreme measures that retailers are going to in the hope of reducing the effects of what is now considered ‘legal shoplifting’ is becoming more and more evident.

Deterrents are always more preferable when it comes to retaining customers and simultaneously managing your bottom line. Since 2013, one of the largest US department store chains, Bloomingdale, begun tackling this issue by implemented a returns deterrent for its most popular ranges by attaching a security tag to the product. The B-tag works by allowing the customer to press the ‘B’ button on the tag to remove it but once removed it cannot be reattached. In an attempt to stop people wearing items once or twice and returning them for a refund, the retailer refuses to process returns if the label has been removed.

Having a forward-thinking and proactive strategy for preventing, identifying and tracking retail crime is important to the overall success of retailers. From big box chains to specialty stores to small Mom-and-Pop shops, retailers need easy to use solutions for packing their products and reliable ways to secure them against theft, tampering, or misuse. But, because products, displays, and quantities can vary greatly from store to store and season to season, there’s no single, perfect solution. Having a security solutions provider who offers a comprehensive range of products for retail security applications is key.

Plastic security seals have been proven to be the most affordable and efficient security application for retailers. Plastic seals fall into three categ 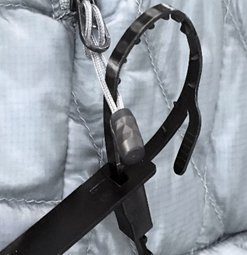 plastic padlock. Plastic seals are often referred to as indicative seals as they are simply a visual indication of potential tampering. These seals are designed to show evidence of tampering and are not considered a form of prevention, but rather a visual identifier of tampering, thus acting as a theft deterrent. All plastic security seals can be branded, numbered and /or bar coded for extra security.

Adjustable length security seals allow the user to adapt the seal according to specific size requirement and can fit many applications. Our range of Plastic Security Seals is an ideal security seal for situations requiring varying lengths of application. This single use tamper-evident pull-tight seal allows the user to cinch-up the seal according to their specific size requirements. The adjustable length Skyseal is the perfect application for securing a wide range of storage cabinets, merchandise and cargo. 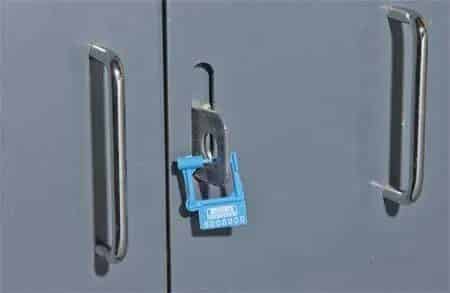 ock security seals can be closed using one hand. If not properly locked, the spring will open thereby attracting attention to its tampered status. The Springlok Padlock seal provides tamper-evident security for keeping storage bins, containers and lockers closed and the products inside safe. The Springlok Padlock Seal is easy-to-use and designed for application with one hand. A spring-like arm and plugged barrel provide effective tamper-evidence. The application requires no tools and is designed for easy application and removal.

Our wide range of plastic security seals feature large and prominent paddles which can be custom-printed and branded with your logo and text to convey your brand whilst also acting as an indicator that a garment cannot be returned if the tag is removed. The security tag can then be sealed through prominent garment or handbag buckles, loops, button-holes or other features in such a way that it is not possible for consumers to realistically wear or use the item without first removing the security seal from its prominent position.

Using pull-tight security seals as branded clothing tags in this way serves to provide online retailers with a security check that is not available with standard clothing tags. It also acts to discourage dishonest purchasers who may be tempted to otherwise return items for which they are not legally entitled to a refund. It therefore helps online retailers to provide legitimate buyers with the option to return items with which they are genuinely unhappy, but prevent those looking to gain ‘something-for-nothing’ from taking advantage of no-hassle returns policies.

You can view our full range of sizes for our Skyseals here:
https://www.jwproducts.co.uk/product/skyseal

If you require a more bespoke option, you can use contact us by visiting the quote page here or alternatively you can call our sales team on +44 1252624305. 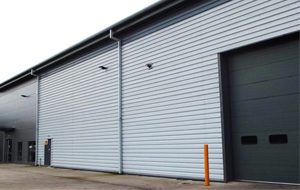 JW Products have been servicing the security seal requirements of the transport, haulage and aviation industry worldwide, for over 20 years. We have built a reputation for reliability, expertise and excellence since our conception in 2000 and we are ready to help your business thrive in a post Brexit world. You can rely on our dedicated team to identify your business’s security seal requirements and offer approved solutions to meet them. We offer high security tamper proof security seals, conforming to ISO 17712:2013 and effective tamper evident seals, to help your business meet regulatory standards and protect your assets. As a trusted supplier to Government Agencies, NHS and UK Police Forces, your business can engage with JW Products with confidence.

Get discount prices and more.